Look at this graph for a minute. This is a snapshot of a large UK charity’s donors who made a donation in their 2nd year. This is not to be confused with 2nd gift donors – these are donors who were first recruited in 2017 and then made a gift in 2018. The number is 20%. 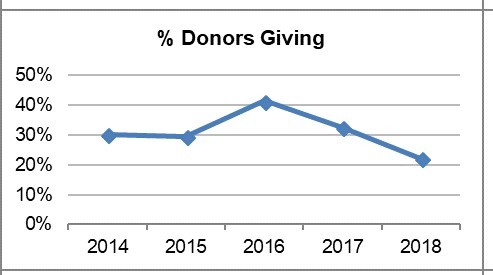 This includes mainly regular monthly donors – 20% retention into Year 2. This is a disaster!

To give you a comparison, our benchmark for 2nd year regular monthly donors is 92%.

OK, well this is pretty shocking in itself, and it is a given that this organisation will never turn a profit on the money spent to recruit these donors. This charity will never recoup the costs spent on new donor acquisition in 2017.

But what is really bad about this news is that this charity were blissfully ignorant about what was going on. Not the data team, not the direct marketing team, not the Fundraising Director, or anyone else knew what the 2nd year retention figure was – or that it was so bad – or that they were never going to make any money on it, or what it should be.

But what is even really, really bad[der] is this. When I hear their Fundraising Director speaking on the fundraising conference circuit on the donor journey, donor engagement, loyalty this and loyalty that – how does he know that what he is talking about is going to work if he has no way of measuring it? And you can only measure something to find out if it is working if you know where you started from.

The question is: “how do you know if the things you are implementing are working if you can’t measure them?” Answer: You can’t.

In other words, implementing donor journeys, Year 1 journeys and other loyalty and retention tactics are a waste of time if you don’t know where you started from and what the difference was when you finished. Well, maybe not a total waste of time, because you still need them – but you get the point.
Working in the dark

Another charity we know of implemented a Year 1 ‘Welcome stream’ for all their new donors. Great. That’s a really good thing to test and implement.

At the end of the year they had no idea whether it had worked or not because they had nothing to measure it against! No one had asked the question “how are we going to work out if this is a success or not?”

You can’t just decide to do things in fundraising without a good understanding of what you are doing and being able to measure it to see if it works or not. Otherwise you are working in the dark – potentially losing more and more money, like our charity with 20% retention in Y2.

And here is the point – it is not just about using data more. It is about using insight and analytics to improve your decision making. Understand what is going on with your donors right now – and then figure out what you want to test, how to test it to make incremental improvements.

I have been in so many fundraising workshops, conferences, seminars and Masterclasses on donor engagement, donor loyalty, donor journeys, retention and so on….I can’t recall one that used data to show me the ‘before’ and ‘after’. “Here is what it was like before we started this donor engagement work. Then, after 12 months, here is the difference we made” – good or bad, it doesn’t matter. But measure it, learn from it, make adjustments.

As usual, let me know what you think. Thanks for stopping by,

How do you know if the things you are implementing are working if you can’t measure them? You can't. 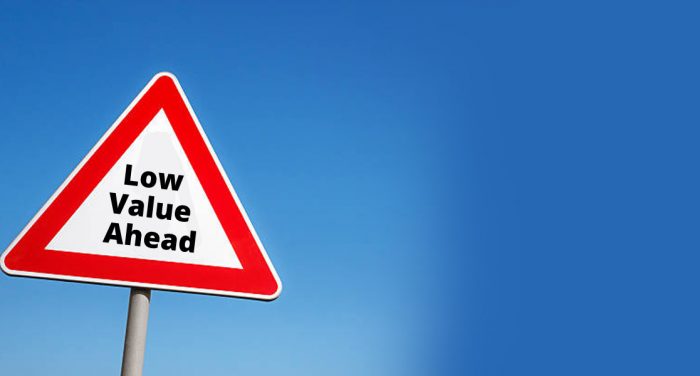 An Alarming Trend in the UK Charity Sector